Back to schools and partners

As a fourth generation venture capitalist, Tim Draper’s vision is to create disruptive models across several industries. He is an outspoken champion of crypto-currency and an avid innovation proponent. After funding global companies like Robinhood, Coinbase, SpaceX, Hotmail, Skype and Tesla, he is committed to transforming the traditional underperforming education models in the US.

He founded Draper University in 2012 and launched a pre-accelerator program called Hero Training with a strong conviction that entrepreneurship can be taught.

His career success enabled Draper University to move away from a model that reinforces industrial-era business practices and instead promotes pedagogical philosophies where graduates define their own leadership paths. At this hotel-turned entrepreneurial pre-accelerator, the objective is to provide young people, average age 25, the resources and connections necessary to boost innovation.

Tim Draper introduced what he learned from the venture capital industry into an unstructured but strategic institute of learning. Normally graduates are required to unlearn beliefs acquired through the traditional education system when they step into the hands-on entrepreneurial space. Tim Draper therefore disproved the assumption that delivery of education guarantees learning.

The university selects students who are willing to be early adopters of this new model and expand their business acumen. Young leaders are drawn to Tim Draper’s commitment to free market ideals. Students know that if Tim Draper invented viral marketing before anyone could foresee it as an Internet phenomenon, he must also foresee the same conceptual leap for higher education.

So instead of adopting an ad hoc system of education, he equipped students at Draper University with the skills to survive the Silicon Valley where the majority of startups fail. He did this by instilling a commitment to global impact in graduates, before all else. He explained rules that worked in Silicon Valley. He did away with prescriptive lectures based on the premise that experts with the white board marker know far more than the students do. Instead, he taught students to create anything they wanted as long as it served communities and built competitiveness. Draper University after 9 years now embodies the tools to break down monopolistic structures so that ultimately society can be nurtured.

At Draper University, there are now more than 2000 alumni from over 86 countries replicating the Tim-Draper-esque disruptive model in their home countries and in the US. The results are phenomenal – more than 700 startups have been created that have raised over USD 367 million dollars.

The focus at Draper University is to provide transformational pro-business and entrepreneurship training. The learning programs are substantially unique. They are not only unconventional methods that help dismantle traditional lecture-style teaching styles but practically mirror real world scenarios and pragmatic learning methods. The most important aspect of this learning methodology is to empower the student with the path to gaining knowledge and skills. They are taught to be CEOs by allowing them to think like a CEO at the institution itself. The gap between academia and industry at Draper University almost doesn’t exist.

Browse free online courses in a variety of subjects. Draper University courses found below can be audited free or students can choose to receive a verified certificate for a small fee. Select a course to learn more. 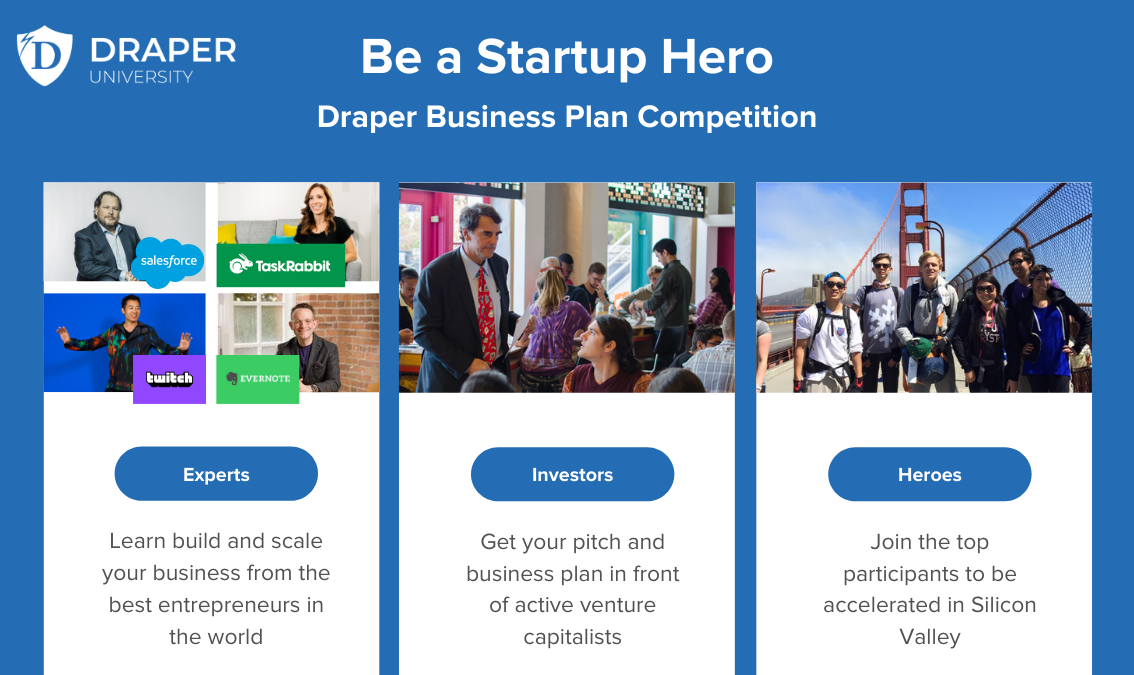