Learn history with online classes and courses about the Civil War on edX today! 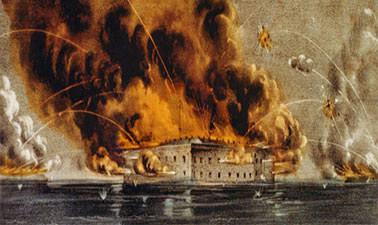 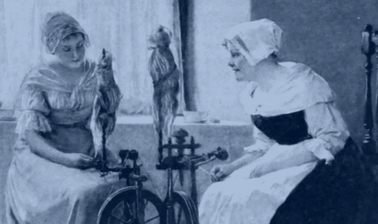 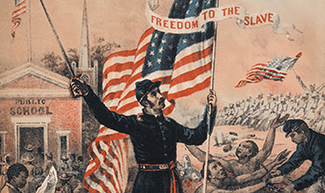 The Civil War and Reconstruction… 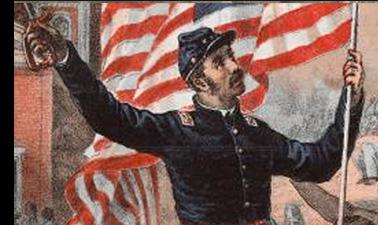 Why Was the Civil War So Important?

As one of the most brutal wars fought on American soil, the Civil War pitted two sides of the country against each other. The Union and Confederate states both wanted to change the very fabric of the country with issues like slavery, states rights, and commerce on the table. Once the Confederacy withdrew its support of the federal government, the Confederate States of America became enemy number one. North and south shored up supplies, and soon, the country was at war. While confederate forces seemed to have the upper hand at first, through a series of high profile battles, it became clear that the North would prevail. During the interim years, the war costs thousands of lives and destroyed the economy of southern states. The Union Army rolled over southern states like Georgia and South Carolina, with Sherman burning his way to the coast. The conflict is complex and a turning point in U.S. history. Studying it provides historical insight into politics as well as military history.

Learn about the Civil War

Studying history gives us a valuable understanding of current events. The events that led up to the succession of southern states starting with South Carolina and the Battle of Fort Sumter can give us clues to how modern America was shaped. EdX offers courses in partnership with leaders in the field of history. Students learn from the privacy of their homes and on their own schedules.

Both Harvard and Columbia offer a variety of courses on aspects of the Civil War. Students can learn about the contributions of states from both sides. You also learn about prominent figures, including Jefferson Davis, Abraham Lincoln, Robert E. Lee, and Ulysses S. Grant. Important events and documents in the war, including the Emancipation Proclamation and the Battles of Gettysburg and Antietam, are also part of the curriculum. There are also courses in philosophy and law surrounding the war. You'll learn how President Lincoln came to sign the Emancipation Proclamation, how the white house framed the war for support and other essential issues. You can also study how southern states like Georgia, Alabama, and Virginia fared after the war with African Americans establishing their place in the new society and the reconstruction changing nearly everything. Nearly every facet of the war from the antebellum period to reconstruction is covered.

Learn from the Past

The events of the Civil War changed the United States for good. The confederate army may not be around today, but the lingering effects of the war between the states continue to appear in a variety of ways. Union forces prevailed long ago, but American history still shows the impact. Today, when we think of anti-slavery efforts or the entrenchment of the two-party system, Democrats and Republicans, we understand what the Civil War set into motion. Northerners rebuilt the union, and union soldiers used victories at the Battle of Gettysburg to turn the war around despite crushing defeats in Fredericksburg and Chickamauga. The American Civil War changed the trajectory of the country. Now, the nation remembers the actions of individual states like Tennessee and New York and the influence of Washington D.C. We still see signs in monuments to confederate generals, but American history has moved forward.