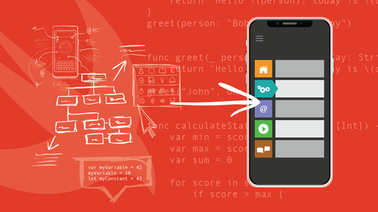 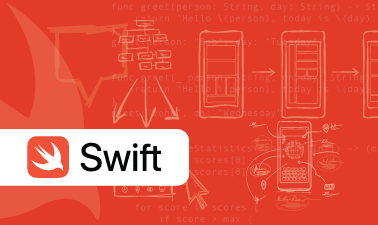 Apple introduced its exclusive operating system, iOS, along with its very first generation iPhone. Now, Apple devices all run on the iOS framework, with systems like macOS, WatchOS, and TVOS handling each device's specific needs.

Initially, the design of the first iPhone didn't allow third-party apps, a concept that seems wildly foreign today. Once Apple unveiled the app store and opened the development environment to developers all over the world, everyone from individuals to startups could get into the game.

Apple's iOS changed the way we think of user interface. The unveiling of the first-generation iPhone in 2007 introduced both a brand new concept for a smartphone and an operating system that could match.

Now, iOS app development is in huge demand, so much so that Android launched its own store. It's a viable career path and something more and more companies are considering as part of their value proposition.

Why Learn about iOS Development

Taking a development course allows programmers to launch careers in mobile app development. It's an in-demand skill across fields, and employers will be looking for people who can create apps for iOS devices.

EdX.org offers courses for app developers created in partnership with leaders in the field. Students study on their own schedules from wherever they are in the world and many courses are free to take. Students can also opt for official credit or certification for a fee, opening up education paths for students worldwide.

CurtinX offers several courses on iOS development. Students learn the basics of Xcode, SwiftUI, Swift programming language, and other developer tools. The course introduces the basics of app functionality and encourages developers to access their creative side.

Build a Career as an iOS Developer

Building an iOS application is a great career move or something you can add as part of a career package. Whether you're interested in development as a hobby or as a career, edX and partners have courses that can teach you the critical skills you need to work within the Apple ecosystem.

You'll build your first iPhone app, and who knows. You may find that building for mobile devices is just the start you need for this next creative part of your life.