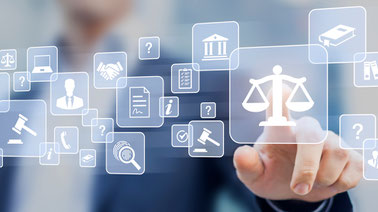 What is Media Law?

Media Law is a branch of law that deals with legal issues such as intellectual property or digital media. It also touches on free speech and the first amendment because of influence from public airways. It regulates the entertainment industry but often overlaps with other media through intellectual property laws. Areas that come under media law are broadcast television, radio, print media such as newspaper, and, most recently, the internet through things like social media or digital media. Not all media follows the same rules and regulations under the law. Broadcast media, for example, is subject to numerous regulations, while the internet has fewer regulations concerning freedom of speech or invasion of privacy.

Whether it's copyright law or court cases for fair use media, learning about Media Law opens you to a world of opportunities handling the country's mass media. EdX.org offers courses designed in partnership with leading institutions in the field of Media Law that you can take at home on your own schedule. Available courses are free, but many official certifications and programs offer credit for affordable fees. You can get started on a career path today or expand your knowledge using one or several of edX's courses.

NYU offers a micro-masters in Integrated Media Studies, where you'll learn the broad foundations of digital media in the United States and the world. Part of this series includes studies in Media Law, a section designed to teach the intricacies of U.S. entertainment and digital media law. You'll be able to cite major FCC regulations as well as identify significant changes in law with the advent of the internet. You'll also learn about the digital millennium copyright act and how it applies moving forward.

Explore a Career in Media Law

Media Law is more than just copyright infringement. Freedom of expression is part of our rights, as outlined in the U.S. Constitution. Media lawyers seek to protect those freedoms while also ensuring that creative expression can't be exploited or stolen. edX courses can help you get on your way to a career or a better understanding of where the law stands with various types of media. You get to learn from some of the top institutions in the country without having to relocate and whenever and wherever suits you best. See what edX has to offer in the field of Media Law and build your knowledge.