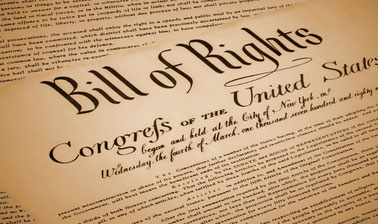 What are civil liberties?

Civil liberties, as outlined in the constitution, consist of the rights each person is entitled to from the laws of the United States. Many of these rights are listed in the Bill of Rights, but other amendments passed after the initial drafting also provide other civil rights and correct past injustices.

From the first amendment -- with its freedom of speech, freedom of religion, and freedom of the press -- to later amendments freeing slaves, expanding the right to vote, and clarifying fundamental rights, the U.S. constitution is an important political and philosophical document.

Why learn about civil liberties

The fundamental rights all Americans and those inside the United States have are essential to understanding how to live and what we can expect from our government and law enforcement. These rights have changed, expanded, and evolved over the years, but they remain a steadfast part of the country.

EdX offers courses created in partnership with leading thinkers and institutions. Students can take courses from anywhere in the world and on their own time. Taking classes for personal development is free, but the option for official credit for a fee is also possible.

PrincetonX offers a civil liberties course designed to introduce fundamental principles and history. Students go over important amendments, including the first and the fourteenth amendments, look at the philosophers that influenced the founding fathers, and examine how the document has changed as the country changes.

If you don't know your habeas corpus from your right to bear arms, it's time for you to study what it means to have basic rights within the US. From the civil rights act to equal protection, it's important to know what the constitution says. It's not enough that groups like the American Civil Liberties Union (ACLU) fights for rights; individuals must understand too.

With edX.org and partners, you'll understand the storied history of the constitution and what government action is warranted. It's time to learn what it all means.