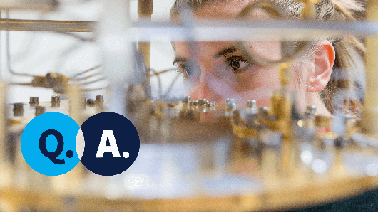 The Quantum Internet and Quantum Computers: How Will They Change the World?… 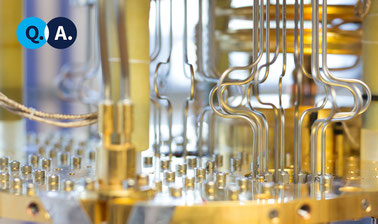 Architecture, Algorithms, and Protocols of a Quantum Computer and Quantum Internet… 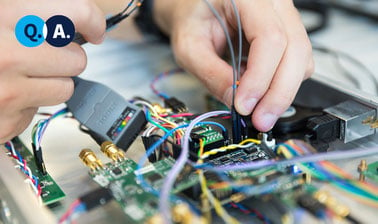 The Hardware of a Quantum Computer… 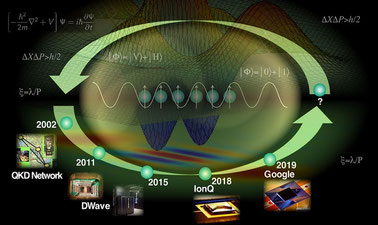 What Is Quantum Computing?

Classical computers have helped us unlock some mysteries we couldn't process with human power alone, but in the age of quantum computing, we may be able to take that power even further. Quantum computers work by using quantum mechanical phenomena to process massive data sets. Where these datasets would bog down a classical computer, the use of quantum properties such as superposition of states and entanglement to speed up processing power and handle a seemingly unlimited number of variables. Classical computers are made up of millions or billions of transistors that exist in an "on" or "off" state, equaling 1 or 0 respectively. Quantum computers use qubits (quantum bits) that mimic the state of subatomic particles and can exist as a 1 or 0 or both at the same time. Quantum algorithms can process exponentially more data more efficiently through this quantum hardware. It has applications in cybersecurity, internet search, and artificial intelligence. Almost every industry from finance to agriculture could also reap the benefit of quantum processors.

Understanding quantum systems could position you for research in true fault-tolerant quantum computing. However, until that noise is reduced, quantum computing is still a significant factor in the next stage of cybersecurity and AI. These robust systems show the potential to break down our most complex cryptography in place today, causing a massive rush for companies trying to reach quantum computing to compete with increasingly sophisticated attacks. Other industries, such as healthcare and finance, are hoping to use quantum computing to untangle issues too complex for classical computing. As the number of qubits increases, machines can process bigger problems, potentially speeding up drug discoveries, providing more accurate fraud detection, or build better agriculture methods.

The best resources to learn quantum computing prepare you for this leap in tech. EdX offers courses in partnership with cutting edge institutions heavily involved in quantum state research and can position you for a fulfilling career. MIT offers a full set of courses introducing you to the basic principles of quantum computing, quantum mechanics, and quantum information systems. Other, more targeted courses include Quantum Cryptography from CalTech and Delft and The Quantum Internet from Delft.

Explore a Career in Quantum Computing

With every big name in computing going after quantum technologies, a practical understanding of these systems is critical to a career on the cutting edge of technology. IBM's unveiling of a 50 qubit chip in 2017 and the unveiling of the first commercial quantum computer in 2019 proves how much research is going into this tech. Google's D-Wave, Alibaba's Aliyun cloud unit, Microsoft's partnership with Intel, and other massive corporations racing to be the next biggest name in quantum computing research - the possibilities of an exciting career are endless. You could solve real-world problems stumping classical computers and make today's computers faster and safer.