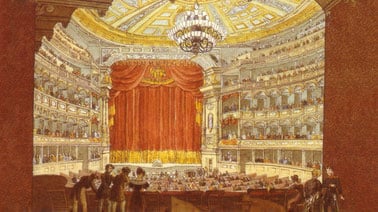 The French language has a fascinating history. France has long been a leader in literature, food, and economics, and studying French puts you in touch with not only that history but many countries around the world that count French as their official language. French words and French grammar have also influenced English. It's part of the family of romance languages, tracing its history back to Latin and other early language influences. French speakers have occupied a large part of historical significance, and now could be your chance to learn Française and build a rapport with native speakers everywhere. French culture has influenced so much of our understanding of the world and learning French as a second language allows you to build skills you need for work or travel. It's time to achieve your dream of reading your favorite classics in their original language or taking that French cooking course in France.

edX offers online courses and lessons on the French language designed to teach you the basics of French vocabulary, pronunciation, phrases, and grammar. You can master the basics and begin your path to fluency with expert teaching and course materials. Once you've gotten the hang of the language, you can take courses on French History and Art from distinguished institutions such as the Smithsonian and Harvard. You can even study how France has contributed to cooking and the production of wine throughout history. As you begin to master the language, you can take a variety of edX courses in the French language itself with institutions such as the Sorbonne and Louvin. Columbia also has French language courses and lessons so you can develop native language-like skills. These academic language skills can help both with career and life.

You may be in need of a second language for your career or simply interested in learning about France's contribution to world history. Regardless of the reasons, learning the French language can provide you with valuable skills. You'll gain experience in French pronunciation and be able to travel with confidence, not only to France, but places like Belgium, Toronto, and even Haiti or Niger. French opens the world to you, and edX can help provide a path to get you started on your way. Developing confidence in another spoken language can be daunting, but with the right instruction, you could be conversing in French before you know it.