Take free online Git courses to build your skills and advance your career in web development. 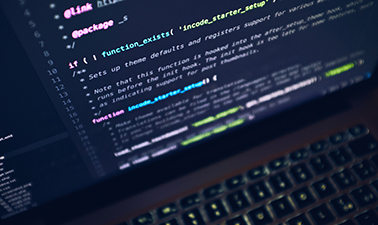 Git is an open source version control software created by Linus Torvalds, creator of Linux kernel, that allows users to track changes and manage different versions of projects as they change over time. Git users can create a solo project or with teams and quickly identify changes made, especially if issues arise within the code. The git repository behaves a little differently than other version control software. It stores your changes in a series of snapshots instead of creating sets of files (a system sometimes known as delta-based version control). Git needs only local files, so the speed of use is a considerable improvement over other systems that have network latency. Using Git gives you access to every version, but it doesn't feel like every version loaded into your system.

Git allows each git user to host a full repository directly on the individual computer. Git commands give each user full access to their local repository even when offline, synching with the larger remote repository the next time connectivity is available. The repository contains a series of git commit objects and references to those objects (heads). Commits refer to each change in the project with references to the parent commit objects, plus something called SHA1 ( a unique code that identifies each commit). The git log shows file changes and new branches keep everything organized. Learning Git allows you to manage large scale projects and track changes from a vastly efficient network that's housed on each computer. Users execute git pulls to integrate their newest changes with the remote repository. Versions are under control and teams can work on parallel projects through git branches.

Git is inextricably linked to data science as well as mobile coding and product development. EdX.org's courses are designed to offer a range of skill sets that include Git. For example, Principles, Statistical and Computational Tools for Reproducible Data Science gives you a comprehensive overview of the types of tools you'll need to succeed in your career in data science, including Git, Github, RStudio, and Dataverse. Other courses include Programming Skills offered in partnership with Microsoft. Course attendants learn vital skills for programming, including the tools and operating systems available. Git elements include pull requests, working with source code, and creating those open source projects. Plus, using Git to keep code clean. Other course offerings also help place Git within the context of programming and data science, giving you the skills you need for code management with a version control system. The master branches located within your Git repository help monitor changes and allow clean code while encouraging the creativity and independence developers need to innovate.

Ignite Your Career With Git Basics